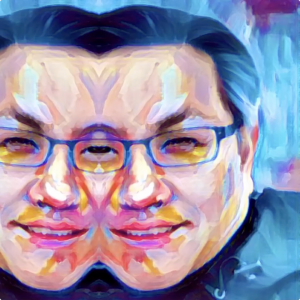 From a young age, Dave was interested in drawing, painting, and making clay objects. He trained with artists in both western and eastern disciplines using various media such as pencil, pastel, watercolour, acrylic, oil, Chinese ink (painting and calligraphy) and clay.

His first computer was an Atari 400 where he learned to program. The graphics, sound, animation and code opened up a whole new world for him. His early experiments with generative graphics and programmatic animations, digital video and interactive computer animation started on the Amiga. Some of his early digital artwork and animation were shown at Crickets, a virtual reality exhibition in the 1980s using networked Amiga computers.

At university, Dave studied computer mathematics and programming. Since art and visual design were his passion, he then studied at the Ontario College of Art.

With a background in art, computer mathematics, design and computer graphics, Dave’s training led him to the world of Multimedia in the 1980s.

Over the years, Flash had the most impact on his career and brought him to the international scene. Dave gave lectures at design and technical conferences around the world and met many talented people in both the art and technology world. He was invited to give talks to developers at Macromedia and at conferences such as Adobe MAX, FITC, Flash Forward, IBM Blue Horizon, CFNorth, MXNorth, and Flash on the Beach on Object-Oriented Programming, Design Patterns, ActionScript and mobile development. He occasionally gives guest lectures for post-graduate and new media students. Dave was the technical editor for Robert Penner’s book (including the infamous easing functions), and for Branden Hall & Sam Wan’s book on Object-Oriented Programming.

Dave was quoted by the media such as The Globe and Mail article regarding mobile development and the SingTao newspaper interview. He was also quoted at Adobe.com and other websites.

As a member of the Macromedia/Adobe Flash advisory board, Dave offered ideas on upcoming products. He also spent a wonderful time with the Rebel Alliance back in the days of Flash ActionScript 1.0 and created object-oriented programming solutions such as associating movieclip with ActionScript class (before an official solution was introduced later in Flash).

One of Dave’s beliefs in both art and software is to simplify the design, visuals and code. Achieving this simplicity (and software efficiency) is not an easy task but the results reflect the efforts.

Getting back to his roots, Dave is revisiting his earlier artistic styles and creating new ideas and thought-provoking visuals with code and artificial intelligent (AI). 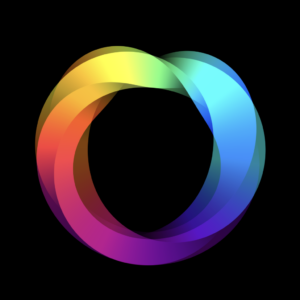 Need to get in touch for artwork commission or software development? Please use the contact form.